Departing I-Tracker Project Coordinator Dr. Rod Kennett has just returned to Australia after completing a six month Fulbright Scholarship in Alaska. The prestigious international award, which supports research, study and the exchange of ideas between Australia and the United States, gave Rod the opportunity to collaborate with international experts to explore tools and strategies that will inform new approaches to Indigenous conservation in both countries.

Rod said a highlight of his scholarship was a two week trip to Barrow, inside the Arctic Circle, where he worked with Inupiat people and scientists to measure how climate change is changing the landscape and people’s access to subsistence resources. Rod also spent time with the Chickaloon Tribal Village Corporation digging nests to deposit artificially incubated salmon eggs into the gravel beds of icy cold mountain streams, and met with Fulbright Scholars from around the world at the Fulbright Seminar in New Orleans. Other highlights included catching salmon and a back-country dog sled journey, as well as finally learning to ice skate after many failed attempts. 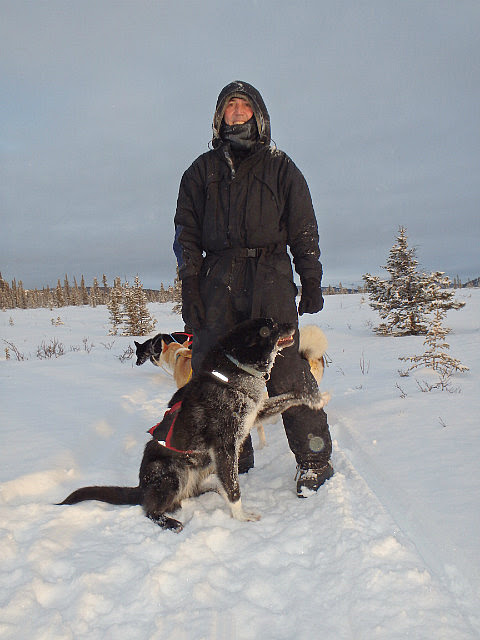 Rod used his time in Alaska to raise awareness of the NAILSMA I-Tracker program and its work supporting Indigenous land and sea management. In Fairbanks, Rod attended the annual convention of the Alaska Federation of Natives alongside over 3000 delegates, where he was buoyed by positive stories of Alaskan native people leading efforts for better management of lands and seas, including greater engagement in research and monitoring activities in remote Alaskan ecosystems.

Rod says Alaskans were keen to learn from NAILSMA’s work in north Australia. ‘Without exception,’ he said, ‘Alaskans are very impressed with the work of Australian Indigenous rangers and how they are leading the way internationally with tools like the I-Tracker applications’.

NAILSMA will continue to build on the links made to Alaska through Rod’s scholarship, to support further exchanges between the Indigenous people of Alaska and North Australia.

NAILSMA Acting CEO Angela Shima says that Rod has made an impressive contribution to Indigenous land and sea management in north Australia during his thirty years in the field. ‘Over the ten years he worked for NAILSMA,’ she said, ‘Rod was instrumental in setting up the NAILSMA Marine Turtle and Dugong program and the NAILSMA I-Tracker program. Both programs won prestigious National Banksia Awards and are recognised by Indigenous and non-Indigenous leaders as major contributions to contemporary land and sea management and conservation.’

NAILSMA wishes him all the best in his new role at the Australian Institute of Aboriginal and Torres Strait Islander Studies in Canberra, and his tenacity, intelligence and dry sense of humour will be missed by his colleagues.